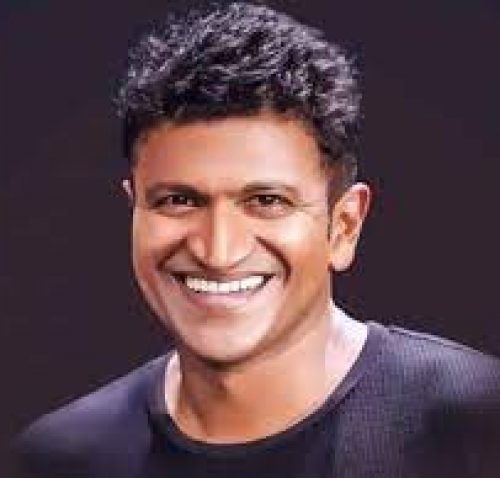 Puneeth Rajkumar is an Indian actor, playback singer, television presenter, and producer who works primarily in Kannada cinema. He has been a lead actor in 29 films. As a child, he appeared in many films. Here list Of Puneeth Rajkumar best Kannada songs

This song is from the movie Chalisuva Modagalu. The film directed by Singeetham Srinivasa Rao under Vaishnavi Movies. Presented by Smt Parvathamma Rajkumar in 1982. Composed by Rajan-Nagendra, Chi Udayashankar is the lyricist. Appu appeared in this superhit movie with the legendary actor DR.Rajkumar. Also, he has7 years old when he recorded this song.

Sung by Puneeth Rajkumar and SPB. This song is from the movie Bettada Hoovu. Directed by N. Lakshminarayan and produced by Parvathamma Rajkumar. The movie has hit the screens in the year 1985. Appu won the Best Child Actor in National Award for his convincing performance.

This song is from the movie Yarivanu. A 1984 Suspense Thriller movie directed by Dorai-Bhagwan and presented by DR.Rajkumar and also produced by Parvathamma Rajkumar. The song has composed by Rajan-Nagendra and with lyrics penned by Chi. Udaya Shankar.

In the film, Akira saw Anish Tejeshwar, Aditi Rao, and Krishi Tapanda in lead jobs. The tune Kanna Sanneyindalene, sung by Puneeth Rajkumar, transformed into a second hit. The music has given by B Ajaneesh Loknath and the verses are written by Dhananjay Rajan. The melody has been delivered on youtube Anand the Audio music organization.

This song has an orchestral element and it surprises the audience. From the movie Kavakudaari, music is composed by Charan Raj and Singing for the title track makes it the first time. That Appu has lent his voice for a song under his own production.

In the film, Akira saw Aditi Rao, Anish Tejeshwar,  and Krishi Tapanda in lead roles. The song Kanna Sanneyindalene, sung by Puneeth Rajkumar, became an instant hit. Composed by B Ajaneesh Loknath, the melodious and energetic song has a change from the peppy numbers that Puneeth Rajkumar has usually known for.

Puneeth Rajkumar delivered another hit song in the action thriller movie Run Antony. The film has written and directed by Raghu Shastri. We saw Vinay Rajkumar and debutants Sushmita Joshi and Rukhsar Mir in lead roles. The melodious number Jhanak Jhanak and composed by Manikanth Kadri. The song has written by V Nagendra Prasad and crossed over 1,321,000 views online.

Another peppy number from Puneeth Rajkumar. The song Yaakingagidhe is from the film Raajakumara. which has written and directed by Santhosh Ananddram. Priya Anand and Puneeth Rajkumar are seen in the lead roles. The song with lyrics by Yogaraj Bhat has crossed 8M views online.

The romantic comedy Raam, whose actors are Puneeth Rajkumar and Priyamani was a remake of the mainstream Telugu movie Ready. In it, Puneeth Rajkumar sang the lively number Hosa Gaana Bajaana which has composed by Yogaraj Bhat, with music by V Harikrishna. The melody is very mainstream among the stars fans.